Intel Arc GPU was announced a while ago, but we did not have an opportunity to analyze its performance until now. Because VK performance is lower on Intel GPUs we will use D3D12 API for tests. The driver version for Arc GPU is 30.0.101.1736, while the Xe GPU has a more recent driver version 30.0.101.3109. The main focus is raw Arc GPU performance in comparison with other GPUs. We can easily extrapolate the numbers to get the approximate performance of the upcoming Intel Arc 770M, which has 4x cores and faster memory. So just multiple (divide) results by 4.

We will see how the new GPU handles triangles and batches in the first test. This is the same test we used before. The Meshlet size is 69/169. The test is rendering 262K Meshlets. The total amount of geometry is 20M vertices and 40M triangles per frame.

Intel Arc 370M provides 2x better performance in triangle rasterization throughput. But unfortunately, there is no increase in Compute Shader calculations, and Arc GPU shows almost the same result as Xe GPU. The 12th generation of Xe GPU also has some benefits from increased DDR5 memory bandwidth compared to the 11th generation that uses DDR4. With the new Xe generation, there is also a huge 4x performance boost in MDI performance.

Mesh Shader rendering performance is not good. GPU is losing 4x of its theoretical triangle throughput. The Mesh Shader emulation trick is better than Mesh Shader on Intel Arc as well. 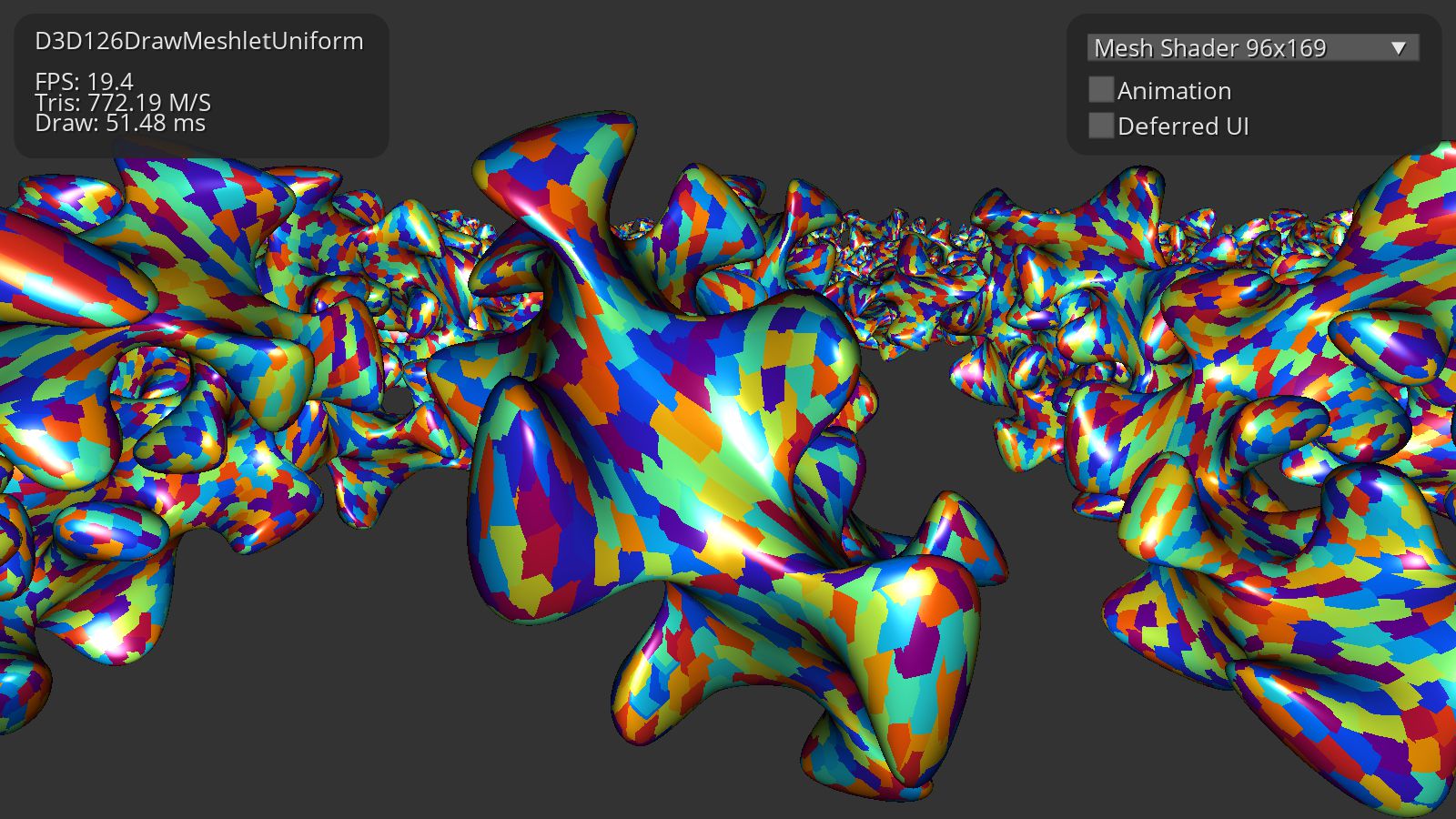 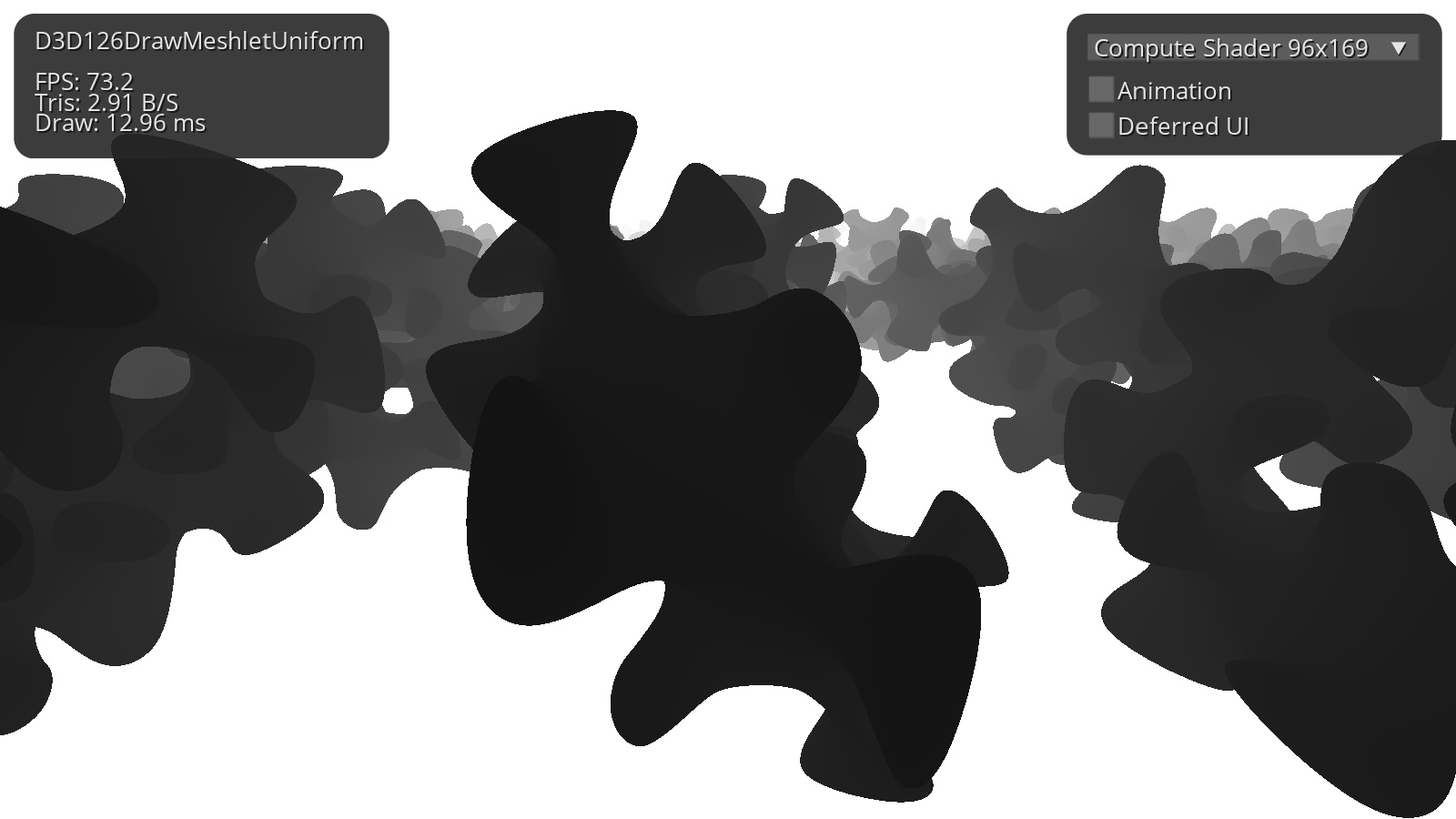 In these tests, the new Arc architecture demonstrates much better compute performance on loads with big threads divergence. HW ray tracing rate is great in comparison with compute shader implementation. RT performance of Arc 770M should be better than RT performance of AMD Radeon GPUs based on results extrapolation.

Let’s see how much memory we need for BLAS and Scratch buffers: 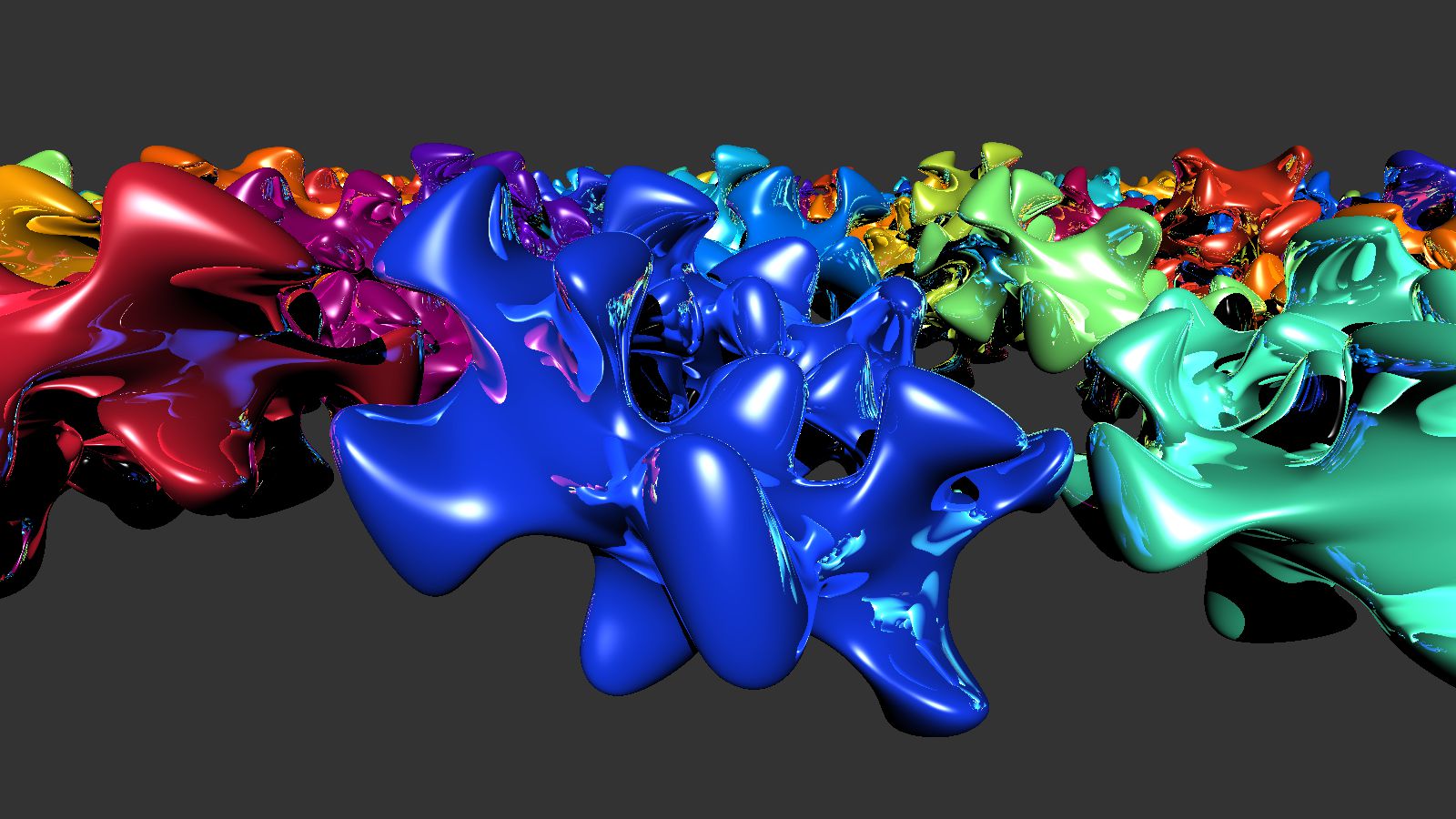 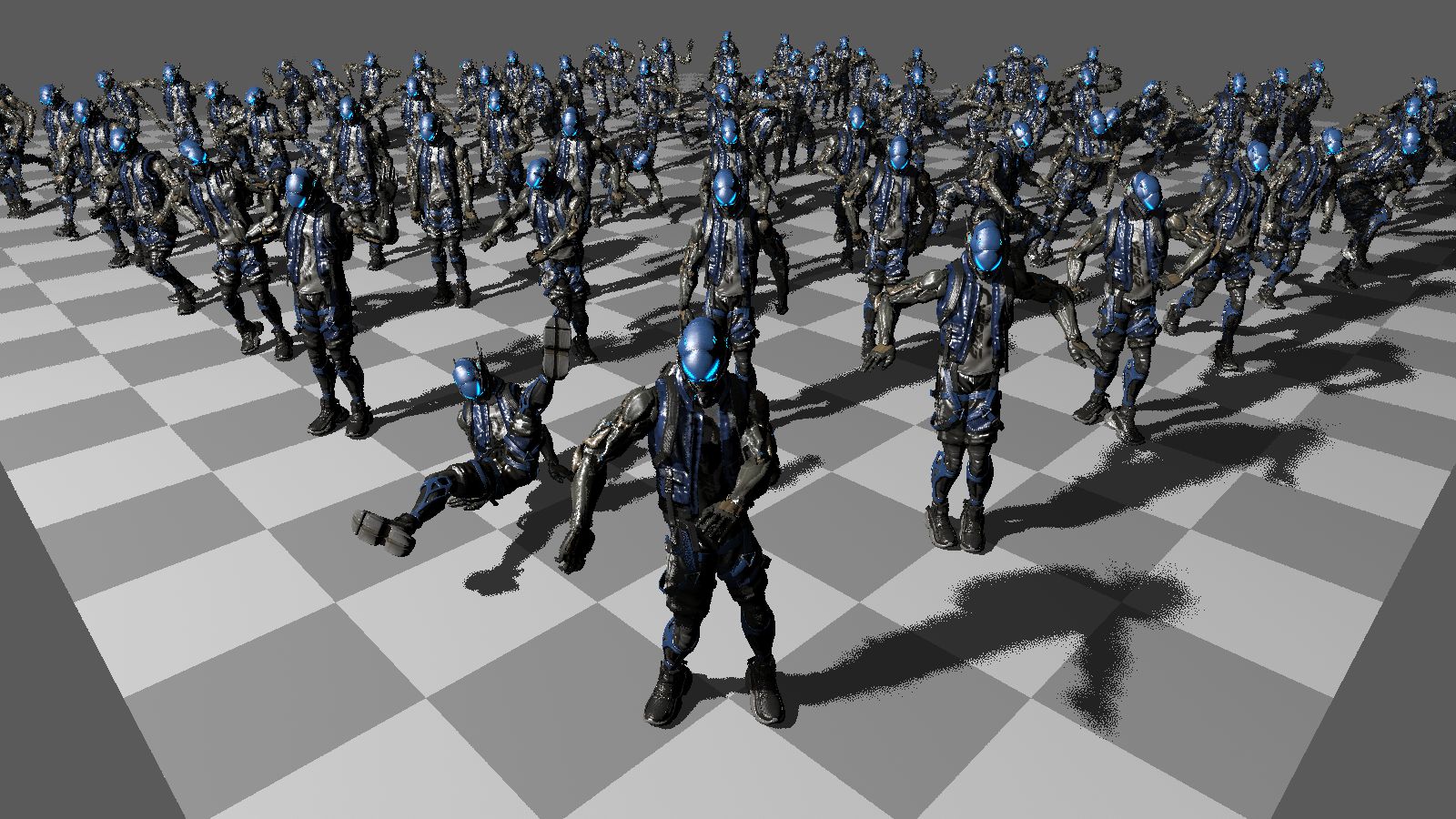 The numbers from the new Intel GPU look promising. But GravityMark benchmark crashes on D3D12 (Raster and RT) API, where Arc should demonstrate its potential. But in fact, we have results that are worse than the Intel Xe generation and even worse than Apple A15. Hopefully, it will be improved with new driver updates because, at this moment, Intel Xe is faster than Intel Arc.

Intel Arc and Intel Xe don’t have a big difference in Compute performance. So probably driver can use both GPUs for rendering. Like emulating multiple compute queues that work on different GPUs. If this is true, Intel’s driver team has a lot of work to do.

Update: ExecuteIndirect() with GPU-specified count is crashing D3D12 driver. A CPU-GPU synchronization workaround (count parameter fetch) allows running GravityMark on D3D12. But unfortunately, this workaround is not helping Vulkan to be as fast as D3D12. 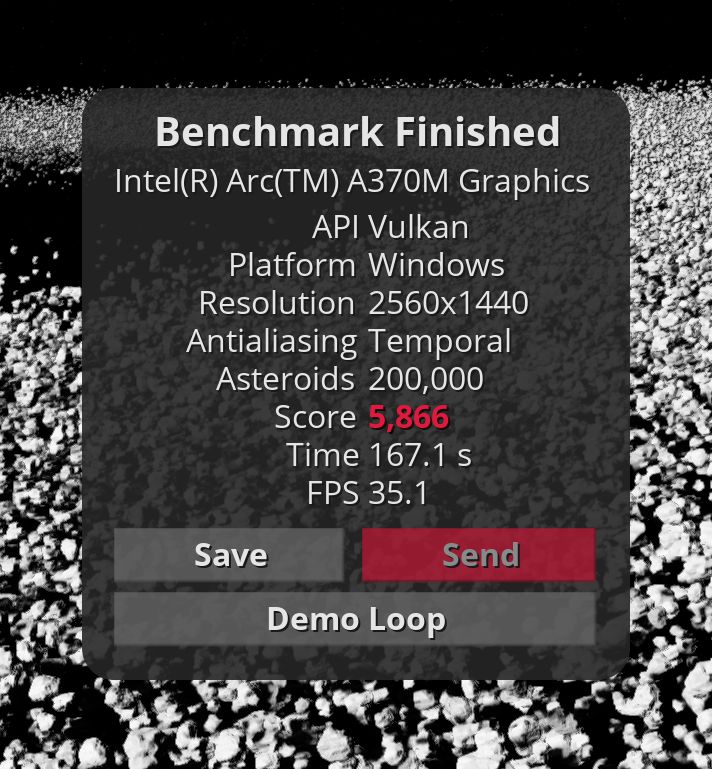 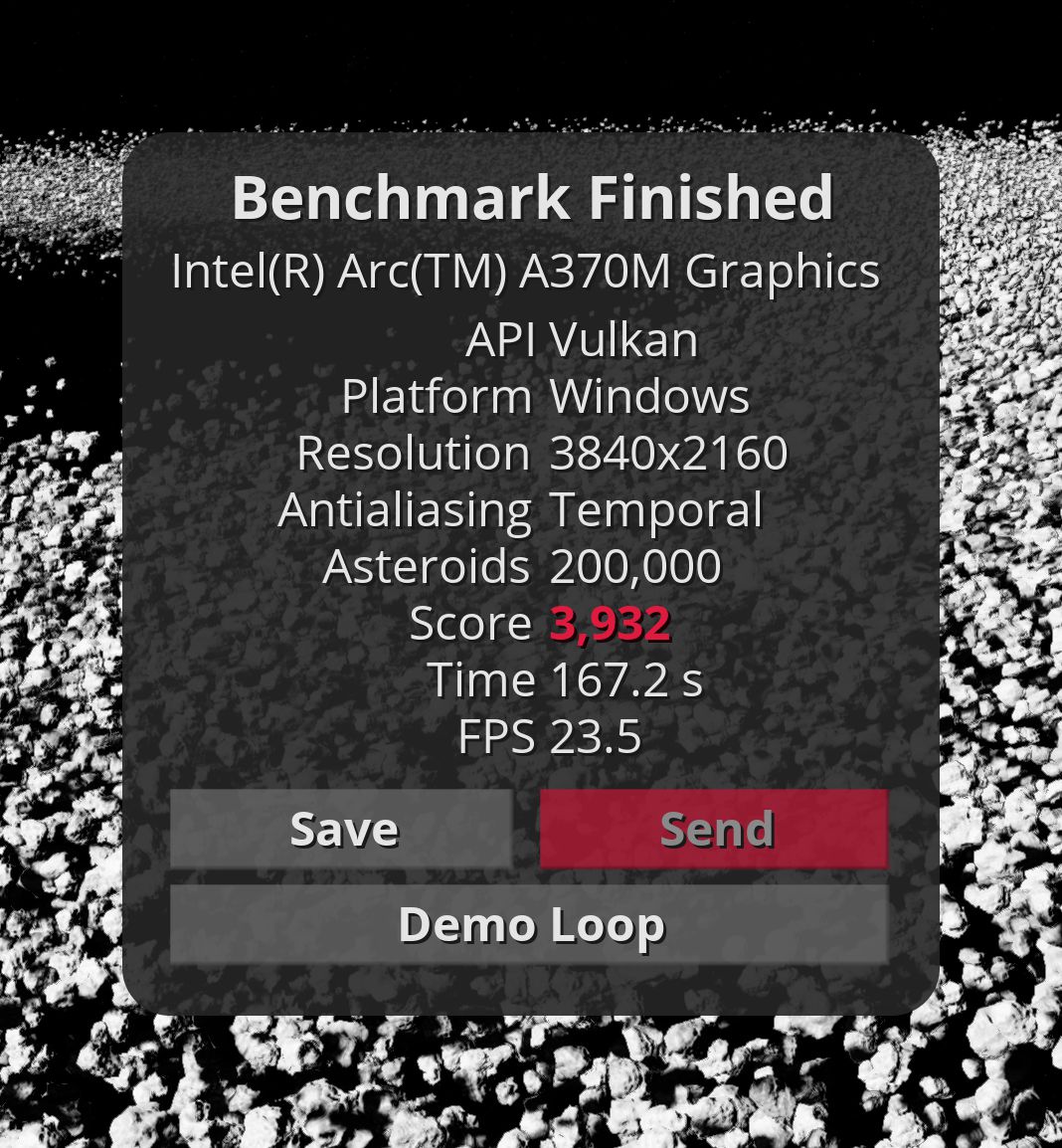 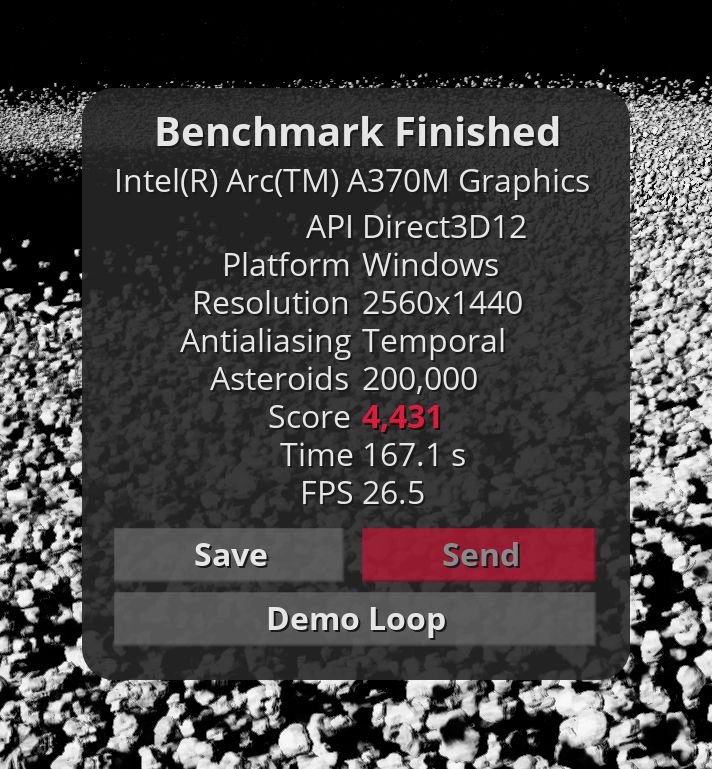