The most significant omission of Apple Metal API is an absence of MultiDrawIndirect functionality. MDI is the most compatible way of rendering for GPU-driven technology. There are several ways how we can emulate MDI on macOS and iOS.

The simplest way is a loop of drawIndexedPrimitives() commands with different offsets to indirect buffer. MultiDrawIndirectCount will require a CPU-GPU synchronization to get the Count value from GPU memory. Maybe it is not a very optimal way, but it is working and even can outperform a single MDI call on some hardware because of insufficient driver optimizations.

The official Metal way is to use Indirect Command Buffer and encode rendering commands on CPU or GPU. All textures and samples must be passed as Argument buffer parameters even if they are not changing during rendering. Metal shading language has a built-in draw_indexed_primitives() function that 100% corresponds to their Metal API analog. That sounds good except minor limitation of 16384 drawing commands.

In theory a single call to executeCommandsInBuffer() must easily outperform the loop of drawIndexedPrimitives(). But let's perform some tests for that. We will use the same applications we used in our Mesh Shader performance comparison.

But how about running tests with the same HW under Direct3D12 and Vulkan:

The current version of the GravityMark benchmark uses a loop approach for rendering for Metal. This dramatically reduces the performance of the same AMD GPU: 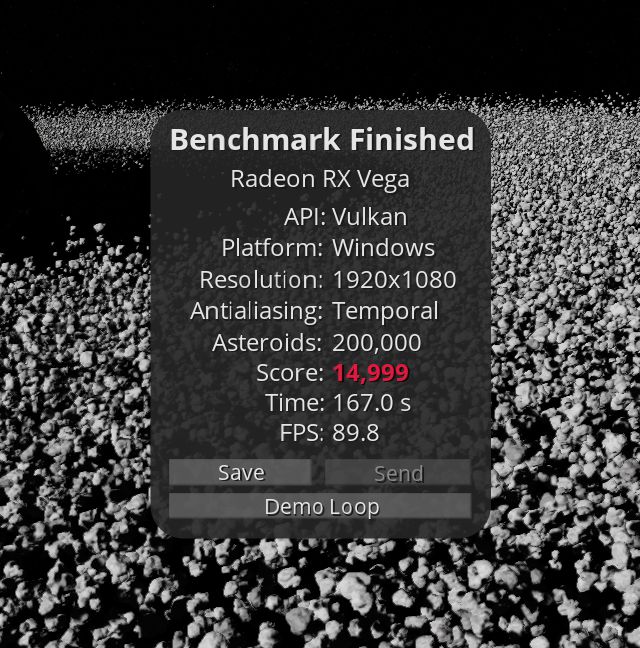 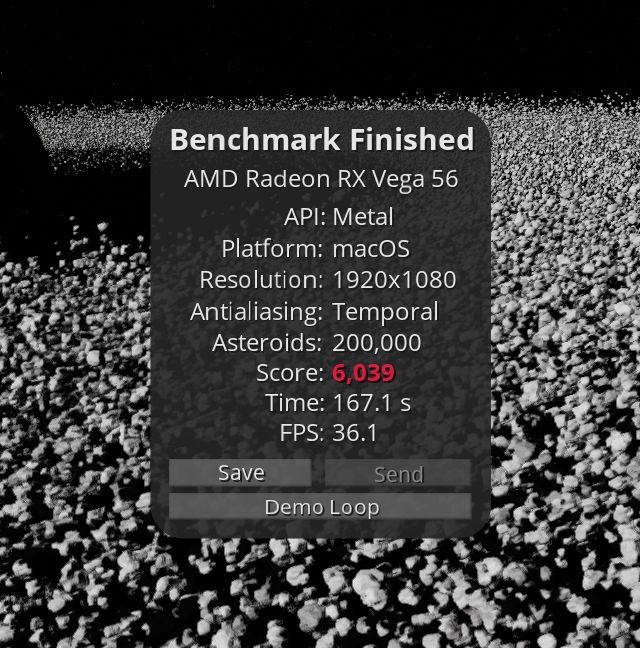 ICB is not a widely used functionality that is very difficult to debug. Metal shader validation is still not compatible with ICB. Application is crashing with:

Fortunately, there is MTL_SHADER_VALIDATION_GPUOPT_ENABLE_INDIRECT_COMMAND_BUFFERS parameter that can enable ICB validation. But trivial ICB shaders can cause a non-trivial error:

It's possible to simplify a trivial ICB shader so it will pass the compilation stage. Then MTLArgumentBuffer will remind that he also has his own debugger:

Okay, there is no debugging available for ICB now. Let's try without it. The good thing is that macOS usually is not hanging for more than 20 seconds in the case of error. And more often, a nice Magenta screen is telling that it's something is going wrong: 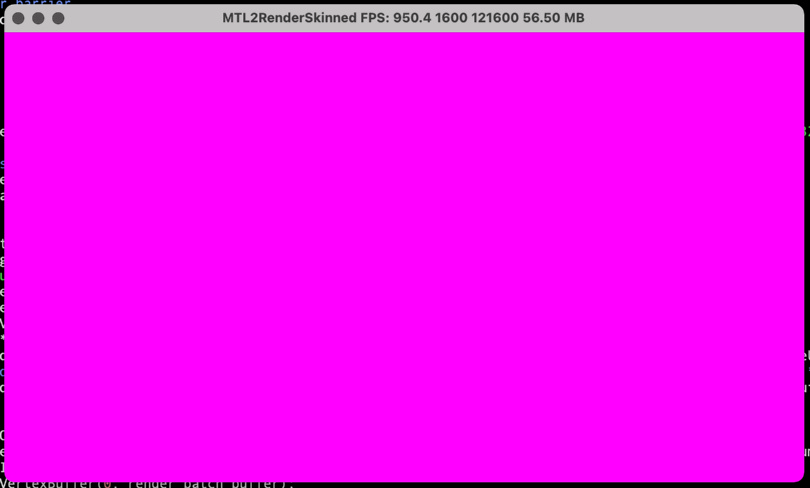 As a result, we have an internal ICB version of GravityMark which demonstrates that: